Dodge vs Ford: Whose Used Cars in Greenville Are Better?

Both Ford and Dodge are as old as the US auto industry itself and owning one of their models feels more American than ever. Today, one brand has flourished and has vehicles in almost all segments. The other has seen some rocky roads but managed to keep afloat their top performers. Despite popular opinion, in some key areas, the best Greenville Dodge car can beat a Ford any day. While in some, Ford is a clear winner by a hefty margin. So, if you have narrowed down your options to these two brands, get ready for a comparative analysis of their used cars. Your decision will depend upon what you seek from your car.

If you want a hatchback or a mid-size sedan or even a truck, Dodge is automatically out of the equation. The carmaker no longer competes in these segments after phasing out its impressive Dart in the 1970s. With Ford, however, you will get options in all these categories. Its Focus is particularly famous among all used cars in Greenville, SC followed by the Escape and F-150 series. Ford is your go-to brand if you know what to buy and do not need full-sized behemoth vehicles.

The segments in which Dodge does compete with Ford, the former takes the trophy in terms of the space available. Take the Dodge Charger for example. In the used car market, it often gets termed as the best Dodge in Greenville, South Carolina owing to its comparatively lower price than Ford Taurus, more overall room, and a bulky built. The same applies to Dodge’s SUVs and minivans. The automaker rules the market when it comes to space available.

Ford wins in reliability and safety

Ford vehicles carry better safety and reliability ratings when directly compared with Dodge. The Mustang, in fact, scores a perfect 10 in safety ratings whereas the Challenger gets stuck at 8.5. J.D. Power terms Ford as a more reliable brand than Dodge. The automaker’s pickups and SUVs impress the most in terms of reliability. Given the importance of these factors, while shopping for used cars in Greenville, Ford is a natural choice. The only way Dodge can win is by playing its price attribute.

Ford over Dodge but the deal matters

You cannot just buy a Ford from any random dealership and then expect to have made a solid purchase. The deal will ultimately matter when you pick a used truck. Ford vehicles may carry better reliability ratings but a Dodge can run longer if bought from a reputed dealership offering warranties. Used cars come with a history and their performance specs are as good as the care they have seen. So, visit a top dealer first and then start comparing Ford and Dodge.

How much is your car worth at a Used Car Trader in Greenville, SC? 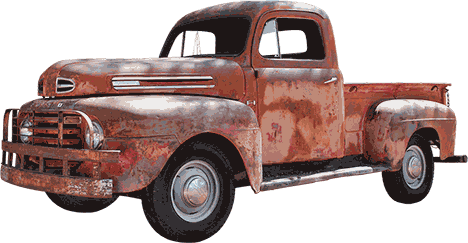 By clicking "SUBMIT", I consent to be contacted by Family Auto of Greenville at any telephone number or email I provided, including, without limitation, communications sent via text message to my cell phone. This acknowledgment constitutes my written consent to receive such communications.

**All fields are mandatory!